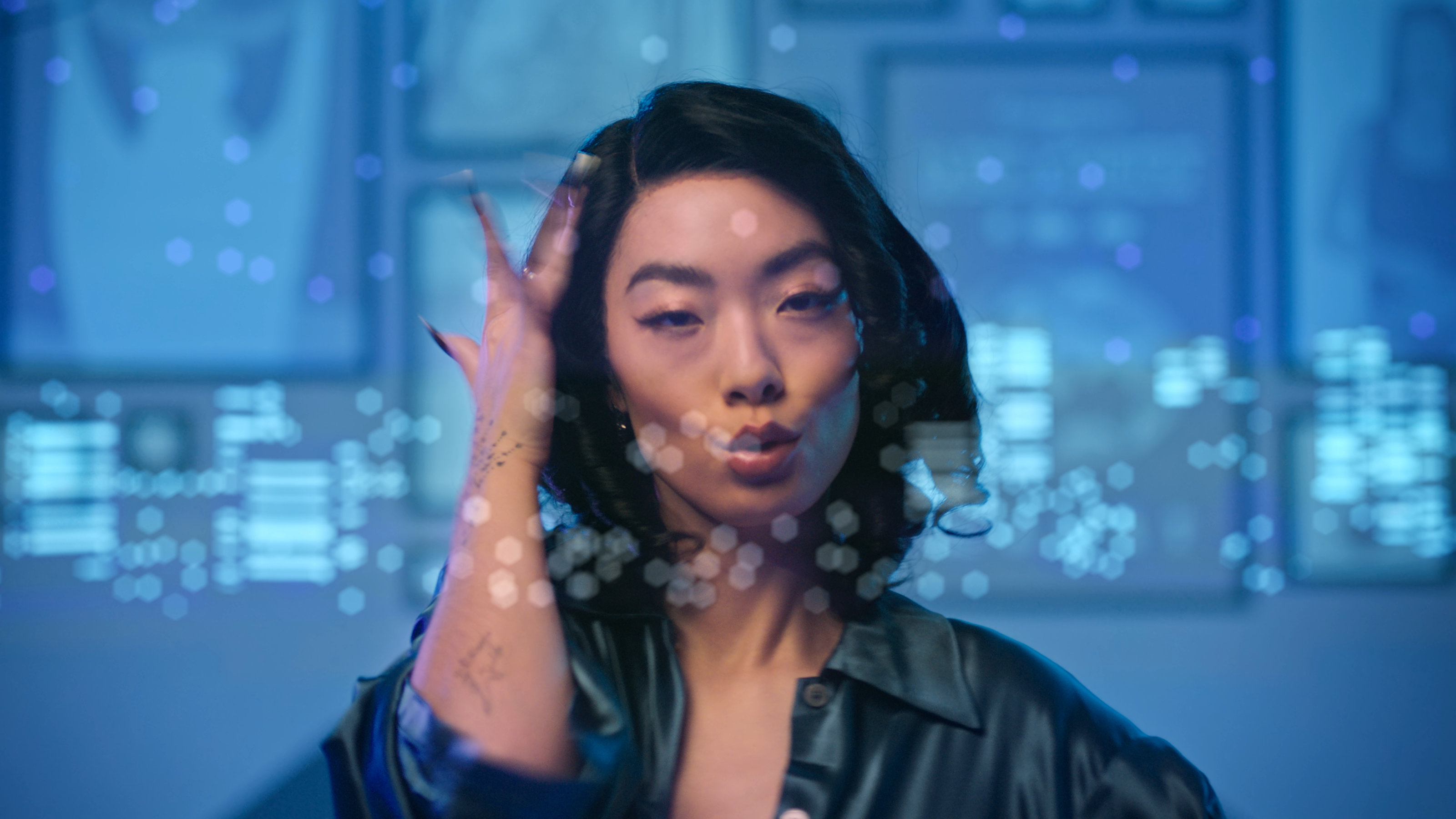 The team at Bild Studios worked with Real Good Liars, a London-based animation studio, to develop the creative concept and VFX for the music video for Rina Sawayama’s track ‘Lucid’. Building on the lyrics and references to dreams and imagination, the music video follows a story where the lonely millionaire pop star Rina enters a mysterious magical space where she meets and falls in love with the elusive dream world-version of herself.

Limited by creativity only, the team were able to transport Rina to fantastical worlds identical in composition to those storyboarded by Dave Ferner of Real Good Liars, resulting in a video imbued with pure creativity and endless possibilities of a technically brilliant virtual production workflow.

To execute the technically challenging elements, the team at Bild unified a range of hardware technologies using Mo-Sys camera tracking, the disguise media server and the real-time render engine Notch.

The virtual environments were designed and pre-built using the 3D modelling software Blender and a custom Python script was written to export Blender’s Collection Instances as CSV table data arrays that could drive Notch’s Cloner system. These cloner systems were responsible for the dense forests made up of hundreds of trees and thousands of animated blades of grass, all fully controlled by the artists and rendered in real-time.

During the pre-shoot the duplicated version of Rina was captured by turning the MARS stage into a green screen, where the tracked camera mapped green behind Rina on stage. Meanwhile, the rest of the LED screen displayed the environmental content. This hybrid approach, where the LED itself provided natural lighting for her face, body and clothes, removed the typical struggles of needing to re-light the talent in post.